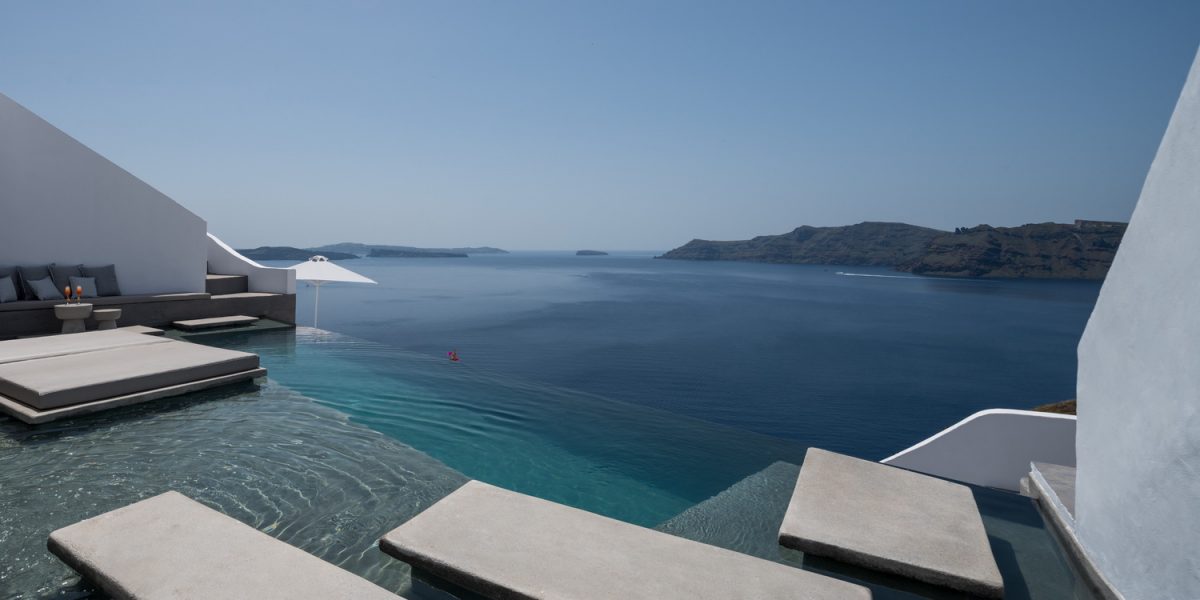 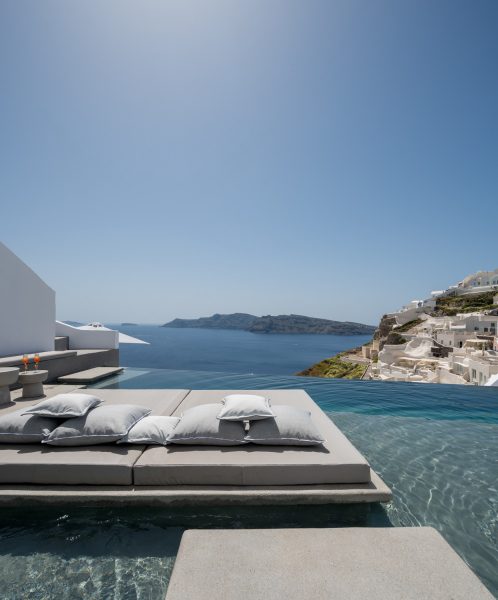 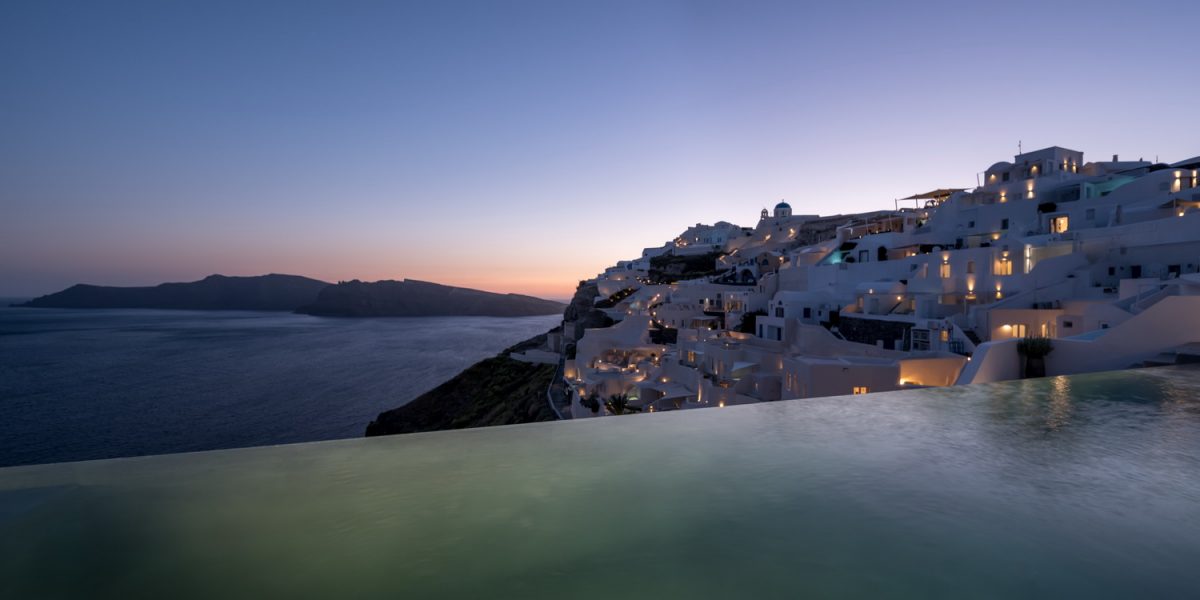 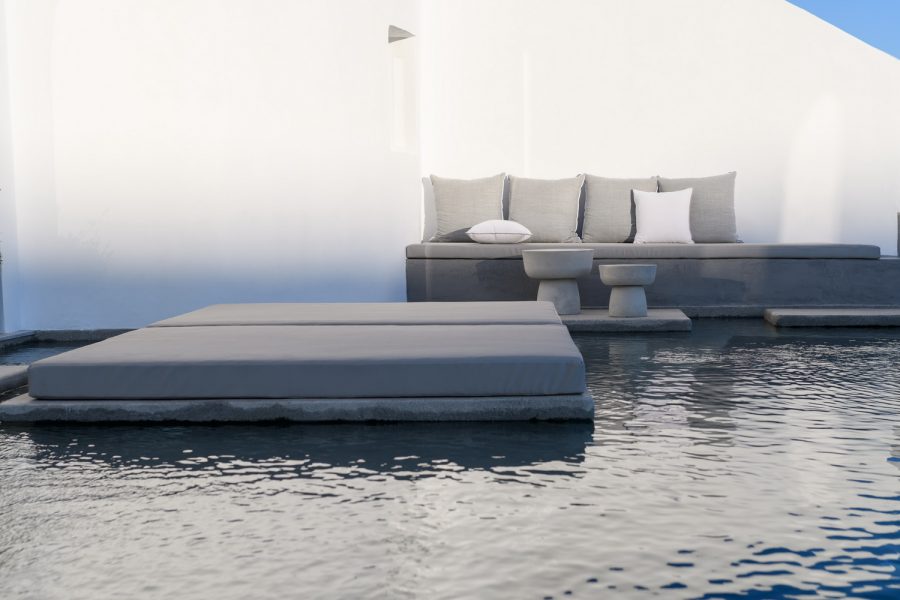 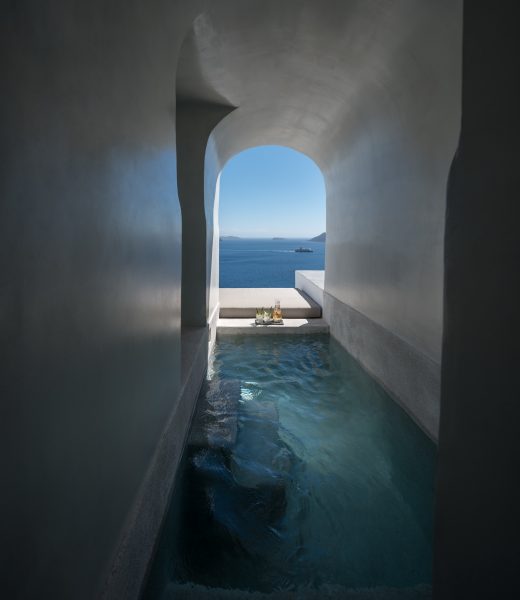 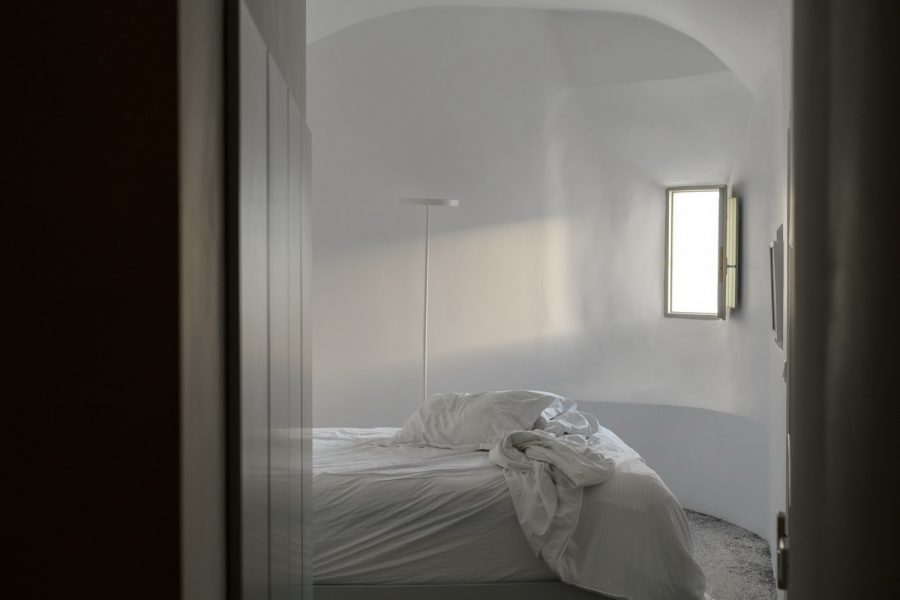 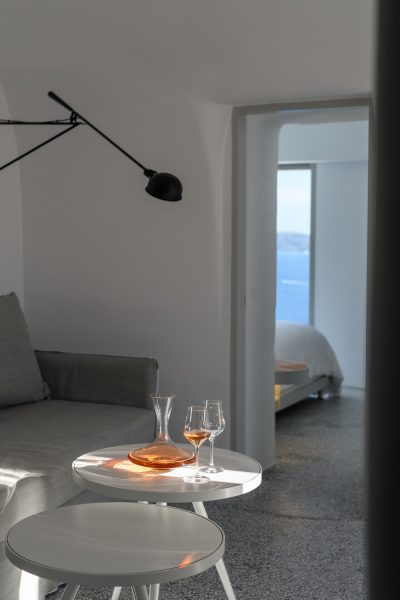 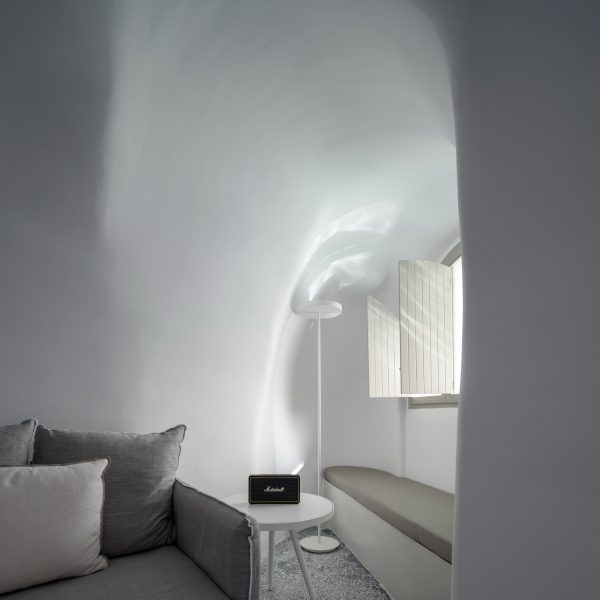 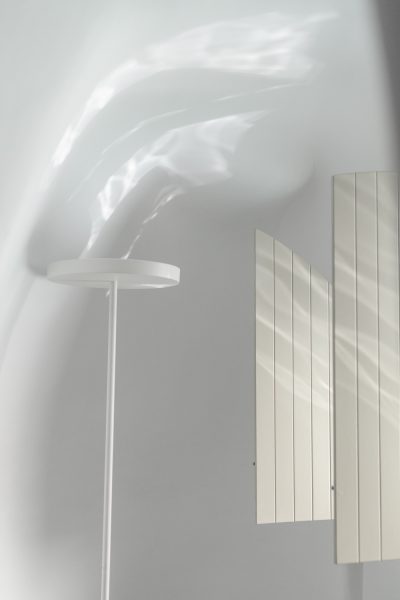 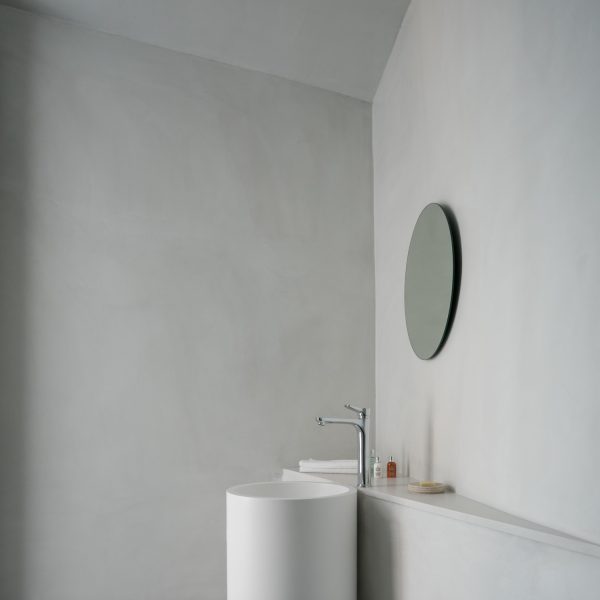 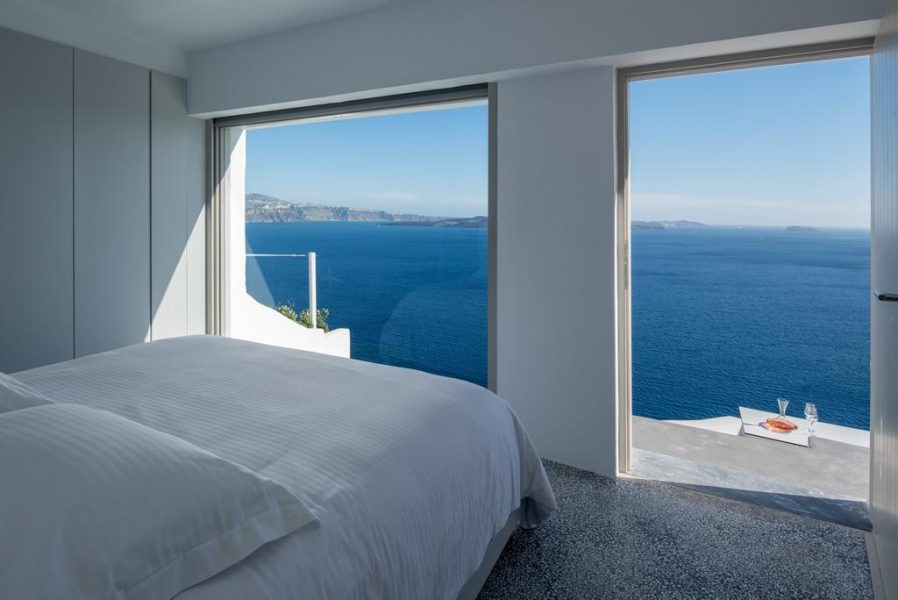 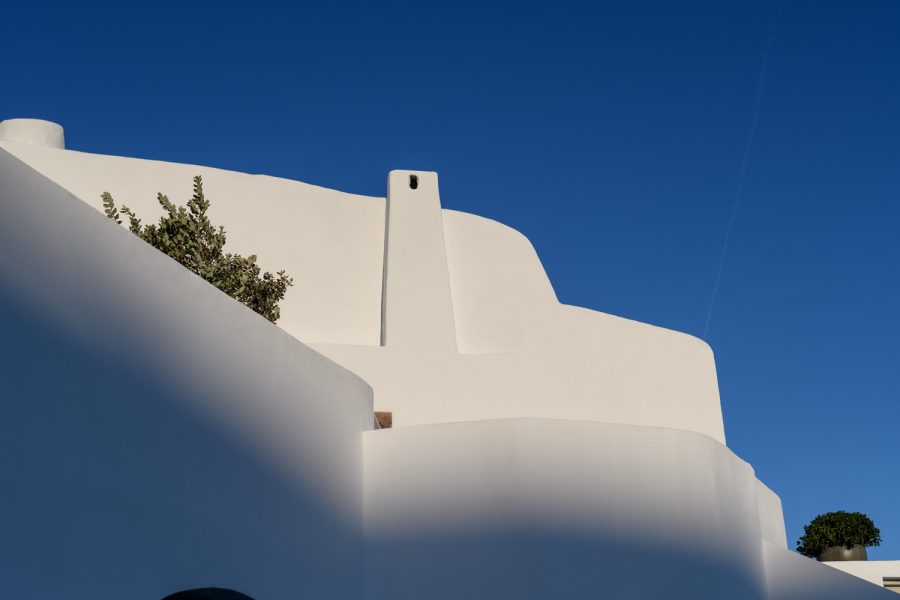 At the beginning of the village of Oia, the neighborhood of Perivola is the only part of the settlement visible from the passing cars: it is from this vantage point that one combines the volcano, the sea view and the local whitewashed traditional architecture. This direct visual relationship with the Caldera and the large courtyards (in comparison to the high density of houses in the center of Oia), attracted high quality hotel establishments in this neighborhood. Our project is the renovation of a property that stretches over three preexisting stepped terraces: only the highest of them had two cave dwellings formed before 1955, built within the ground, a mixture of volcanic ash, pumice stone and pieces of solidified lava and sand, which together make up the soil of Santorini, known as “aspa.” The proposal maintains the geometry of this stepped section and creates new dwellings within the retaining walls of each terrace. In this way the new hotel rooms do not acquire a new outline, they remain almost invisible, framing the Caldera view through their large openings: the vaults that internally characterize the traditional architecture of Santorini (a geometry that developed in order to span interior widths as wooden beams were unavailable), intersect with the new facades, forming new arched windows open to the view. The older traditional facades at the upper level are preserved so as to retain their sculptural, curved elements and their monolithic character. The water element is incorporated into the new rooms either as a new indoor Jacuzzi that frames the view or – at the lower level- as shallow pond with stepping stones that seamlessly connects to a swimming pool. This pool reflects and multiplies the façade and allows the light to penetrate deep into the new adjoining vaults of the rooms.