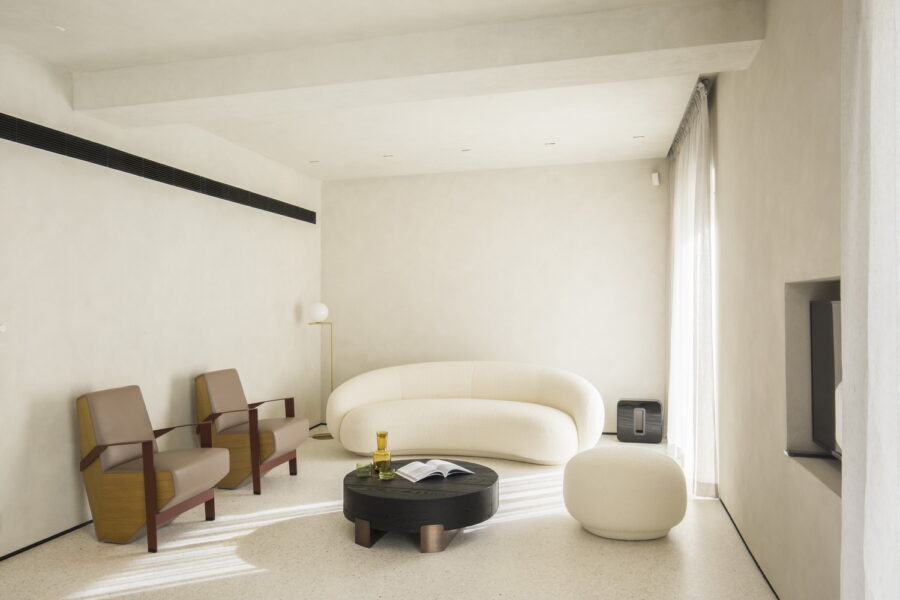 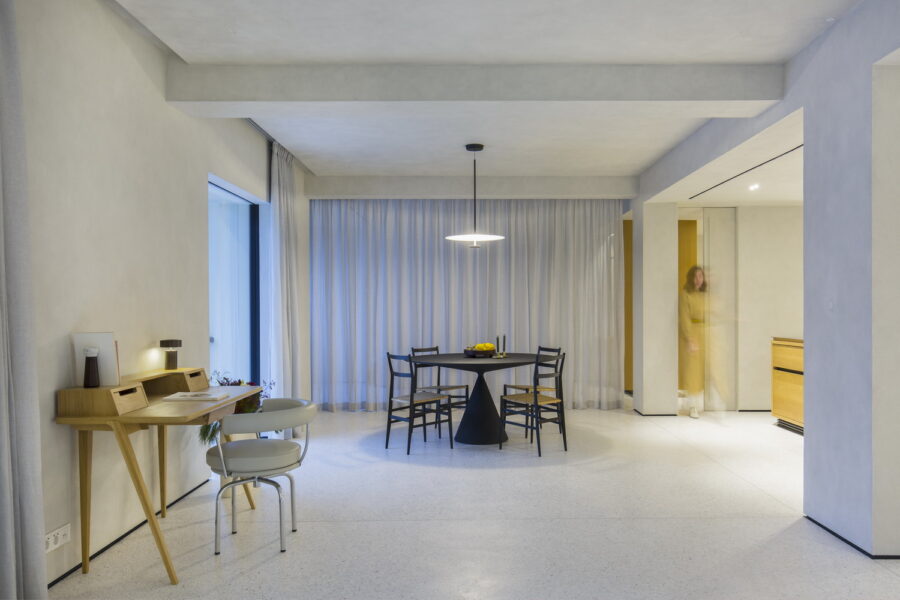 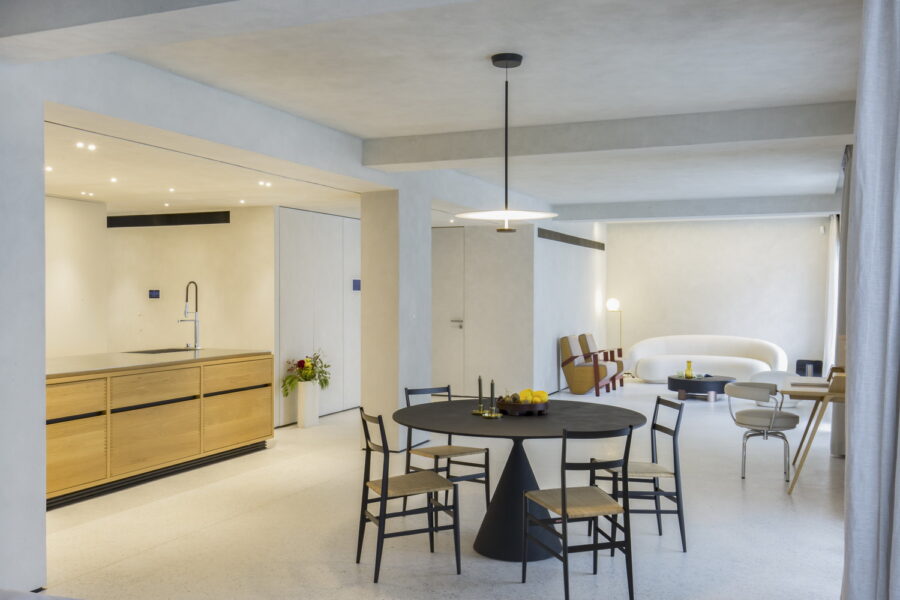 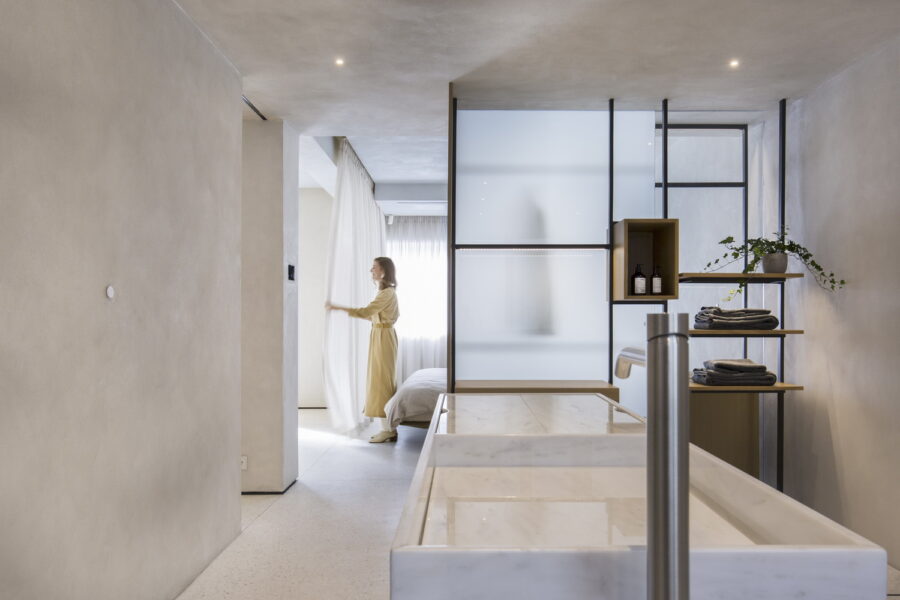 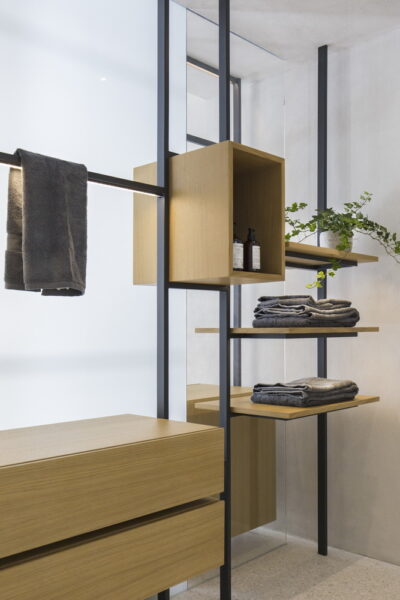 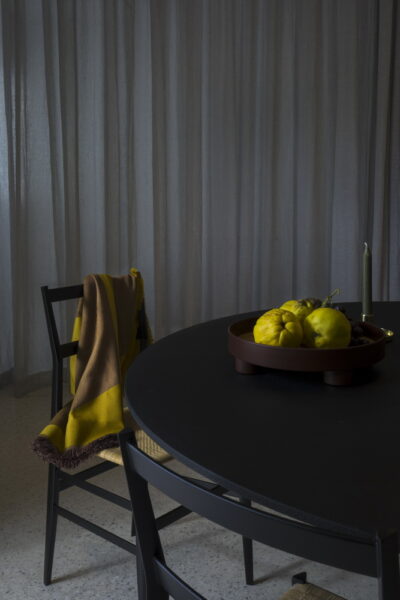 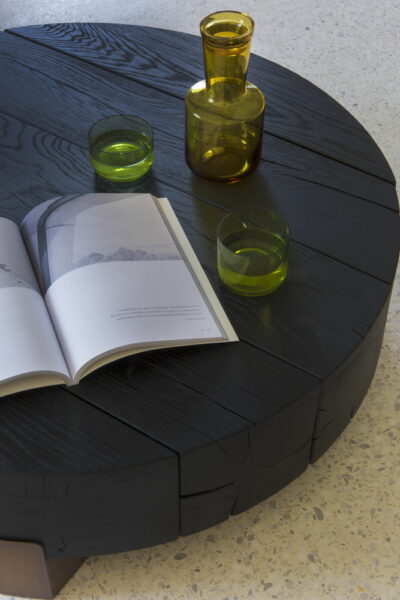 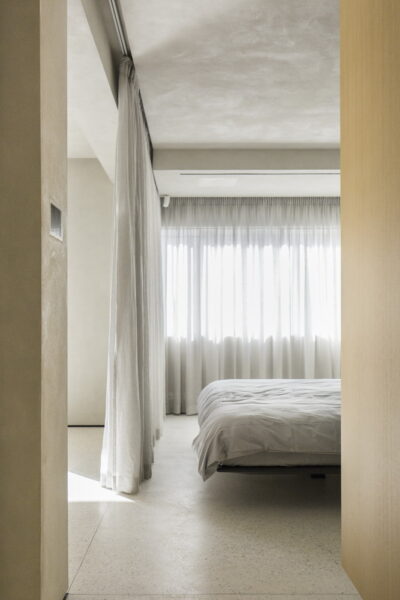 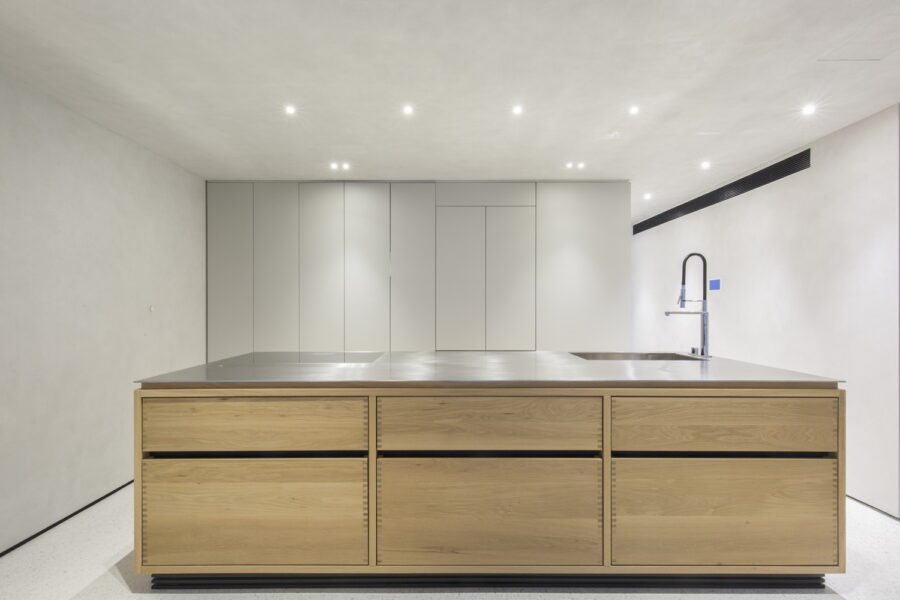 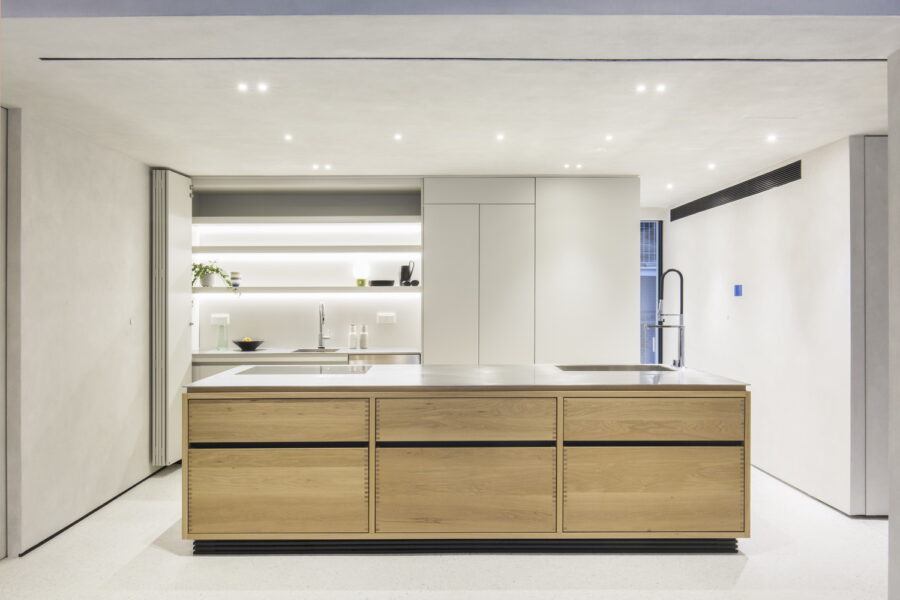 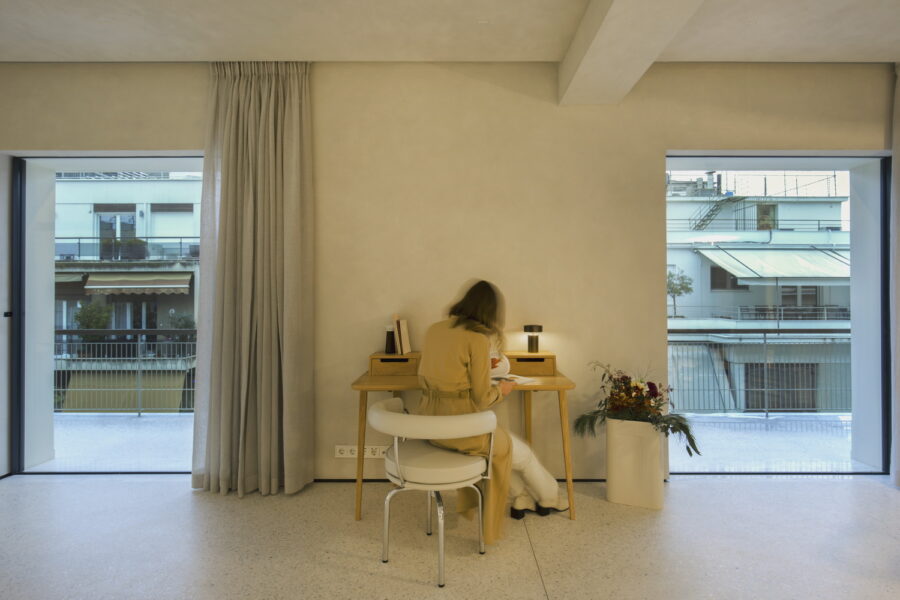 The challenge here was to implement the logic of the loft to renovate an apartment of the 50s. This was interpreted not only as the dismantling of the intermediate walls and the creation of a single area for ​​living, dining and cooking. It also meant questioning the privacy of the bedroom which would most of the time remain visible, placed in the zone of the living areas, a front zone behind the facade. All ancillary uses -the baths and the dressing room- are recessed to a second zone, around the entrance of the apartment and towards the backyard. In the bedroom the wardrobe is treated as an island that separates from the bath. It corresponds to the basin which appears as a marble island in the bath and the open central kitchen counter. In the apartment space flows, with the insertion of individual solid islands.