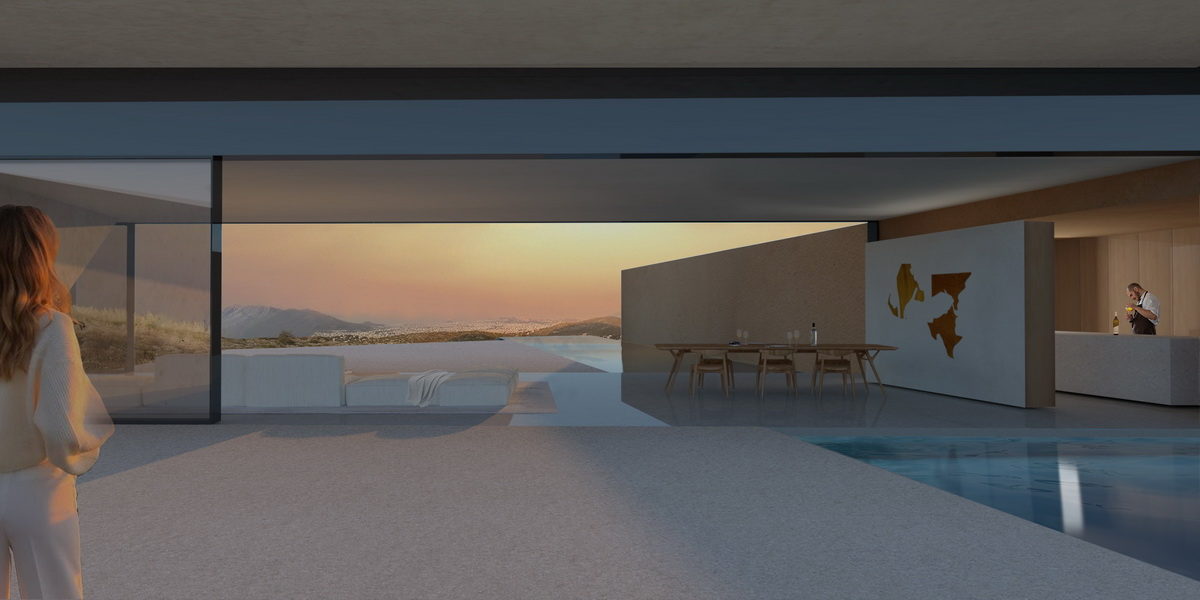 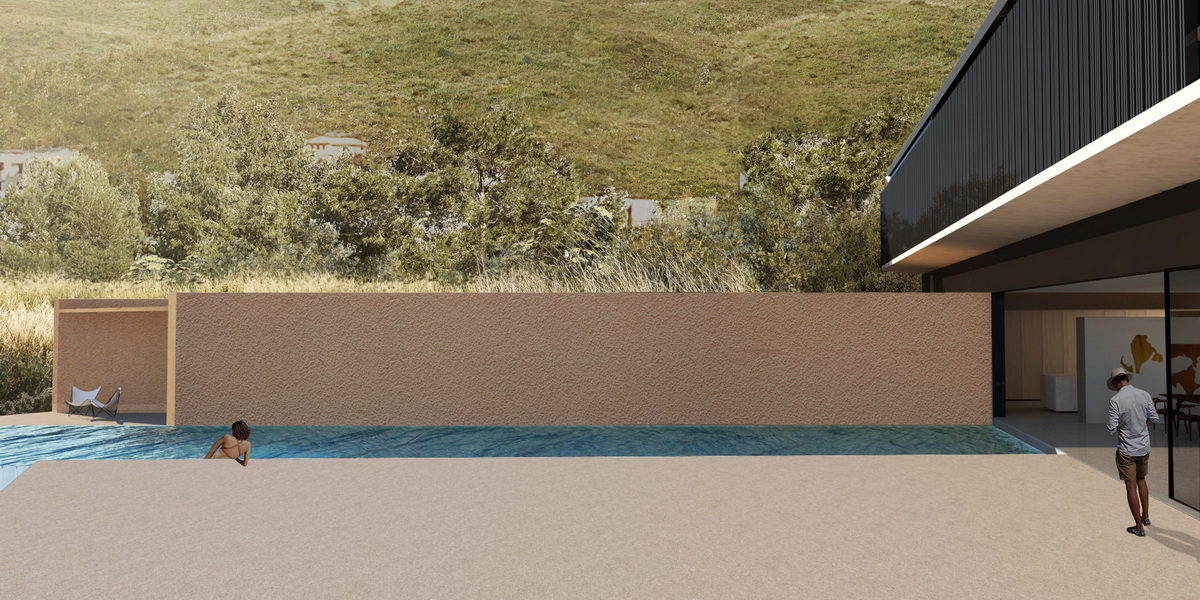 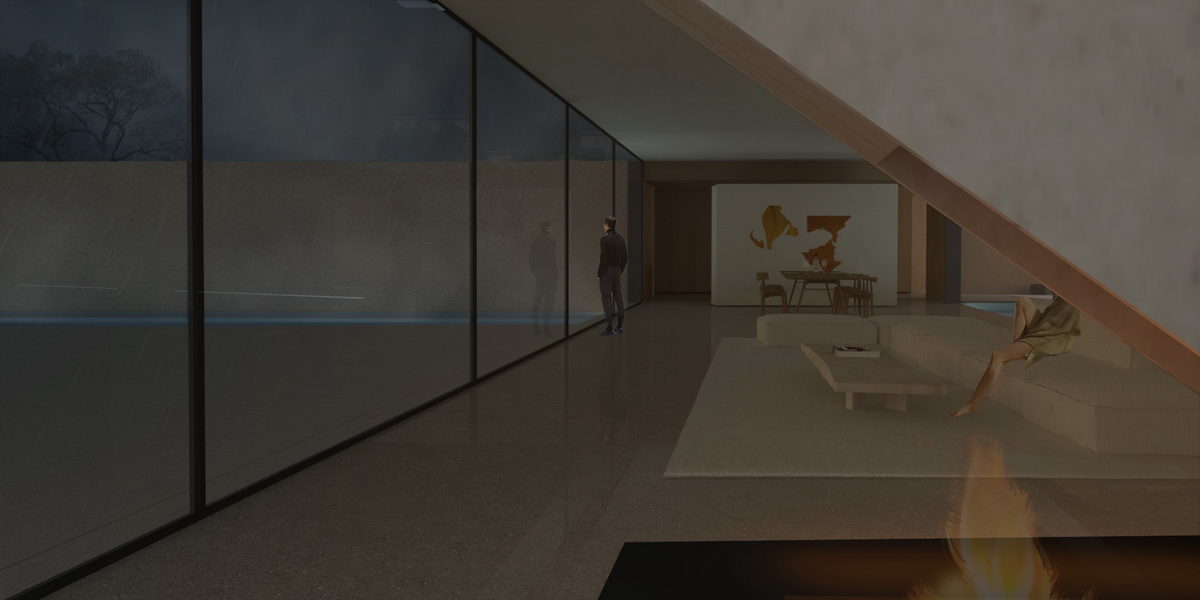 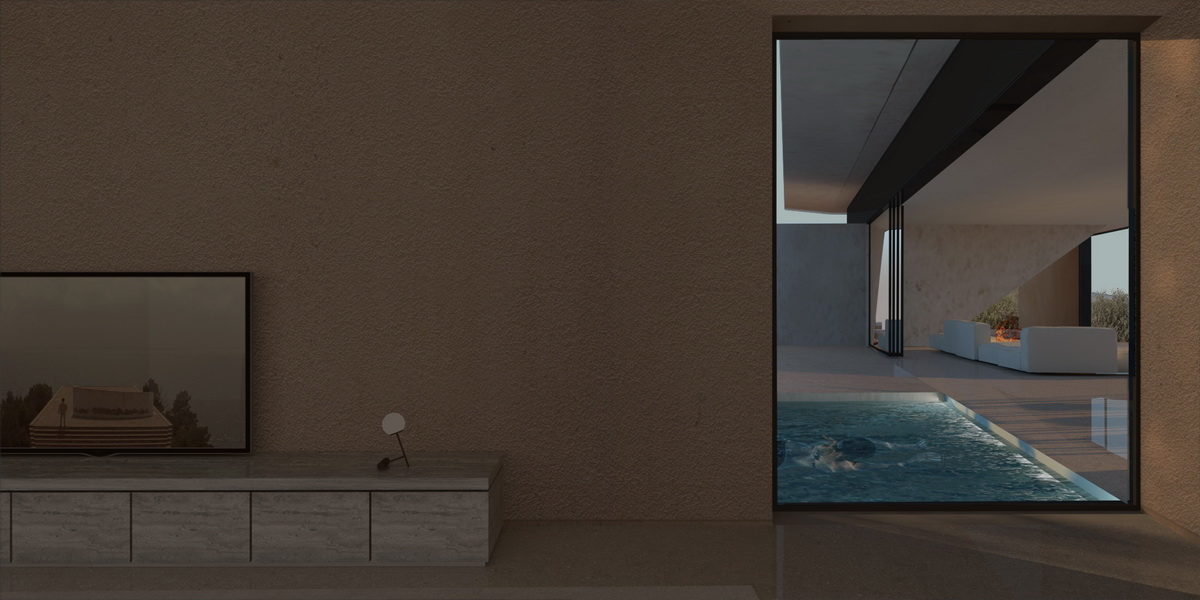 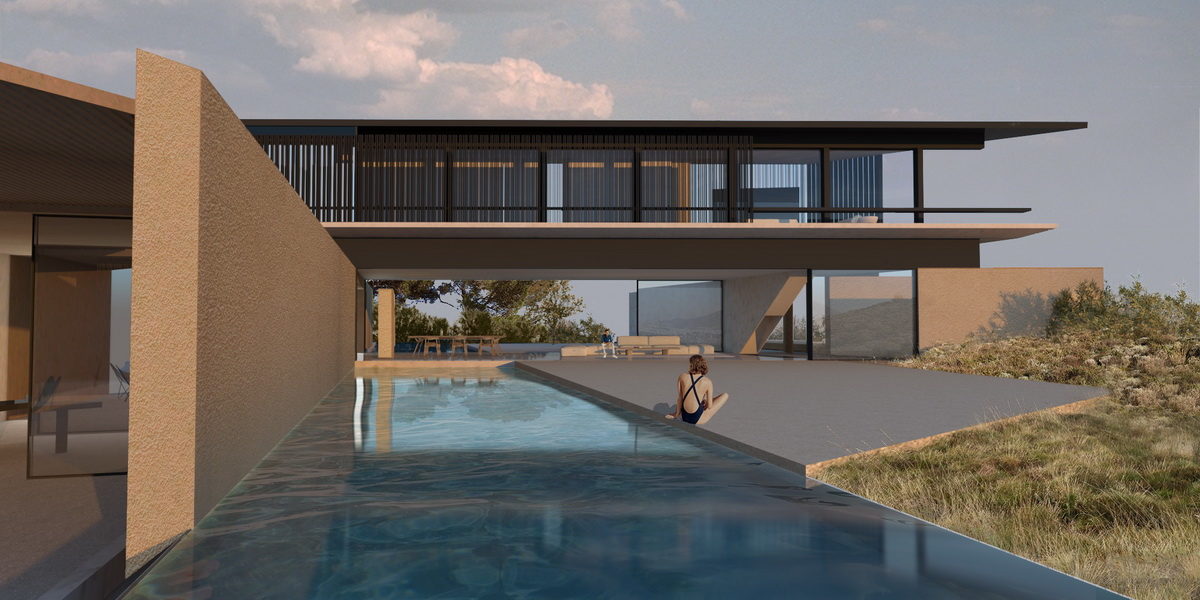 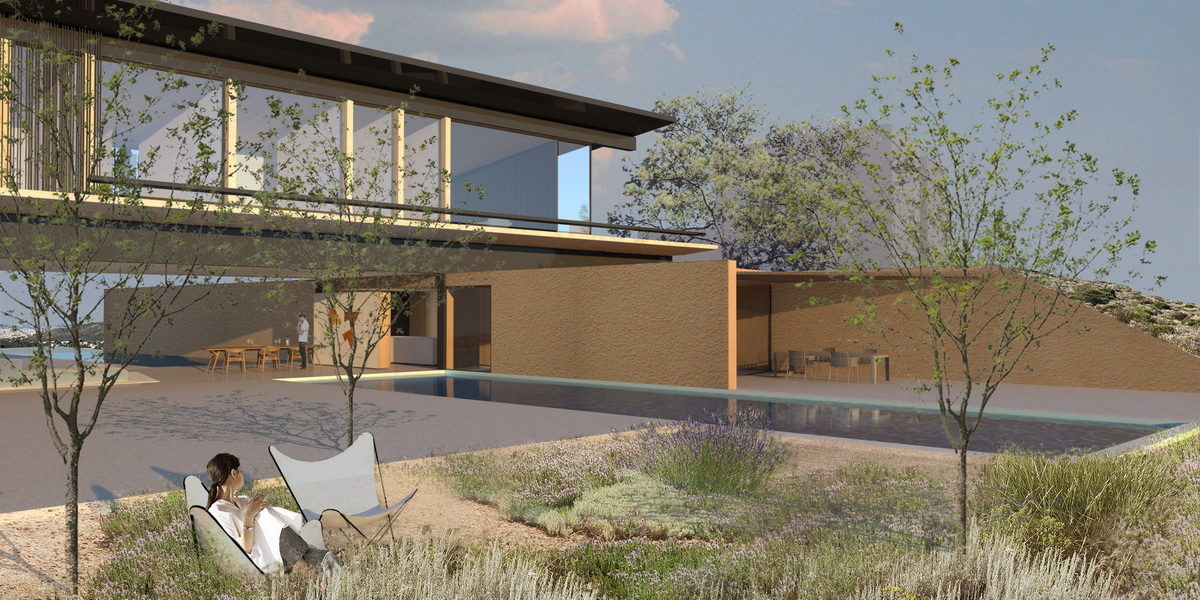 We had to design a house for a hill that was facing two roads, on its eastern and western side. These two features of the landscape became critical for the design proposal: we decided to keep intact the highest northern part of the hill –to retain it as a base from which the house extends horizontally. This becomes the first floor that extends to the south and acquires the character of a bridge: under it transverse walls undertake its support. These walls underline the character of the plot: in their parallel arrangement, they maintain the visual communication of east and west views. To be precise, they form interior zones of different character that the visitor traverses: initially an entrance zone with no furniture, an empty zone destined to solely frame the view. This zone borders on a thick wall, the “wall of fire” since on its back side it houses both the fireplace and the outdoor barbecue. The next main zone is that of the living areas –flanked by courtyards that extend beyond the outline of the first floor bridge. From there one enjoys the western view to Athens and the sea or the eastern view -through a planted courtyard- to the pedestrian access and the view of Rafina to the background. The third zone is a linear pool that apparently traverses the living space and the fourth is an earthy zone where the building clings to the excavated ground of the hill. These zones are covered by the bridge with the bedrooms of the house -protected by a retractable filter, these bedrooms have direct access to the planted hill.