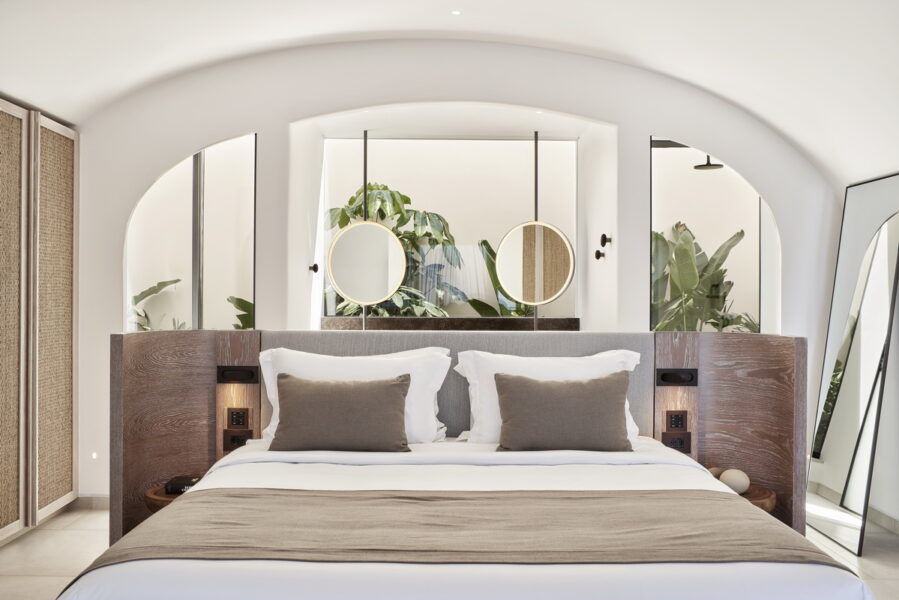 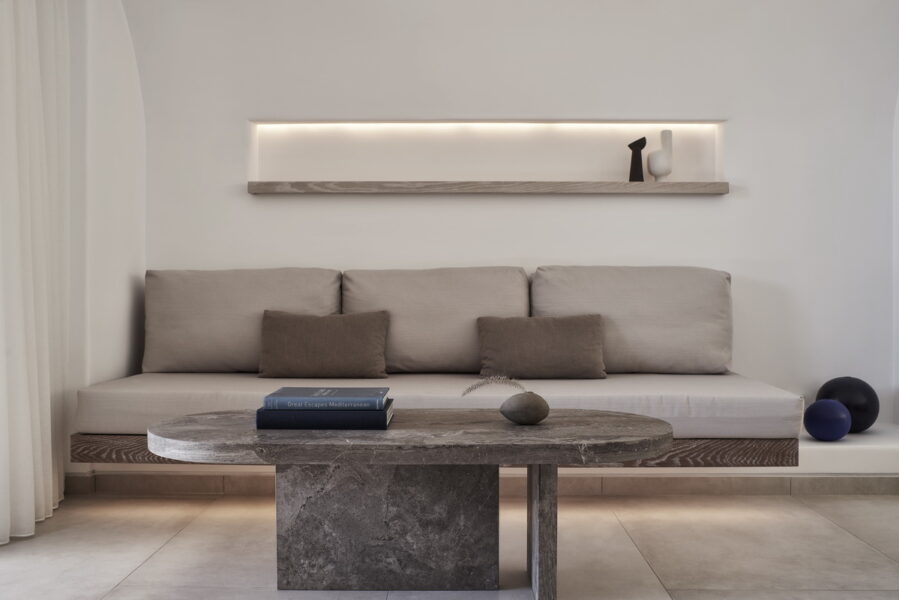 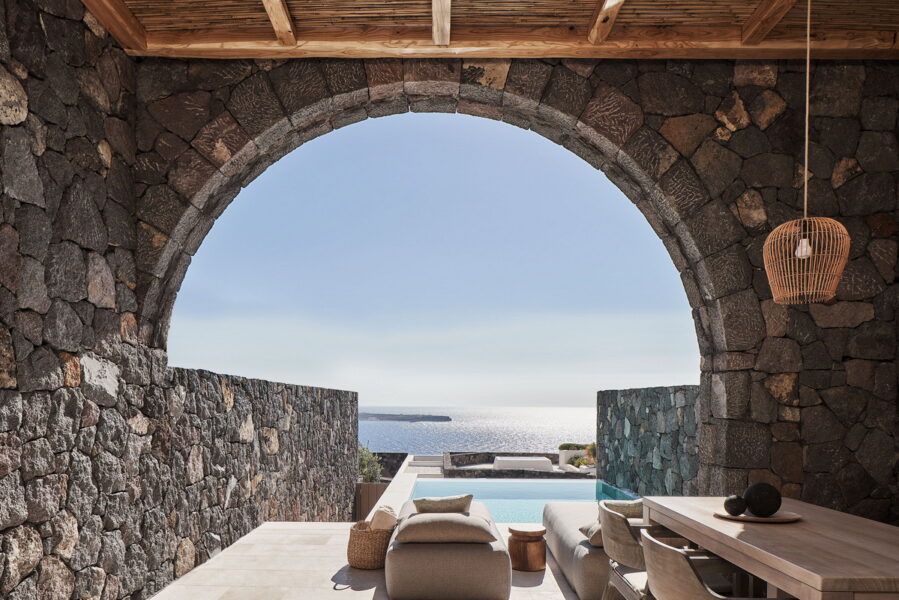 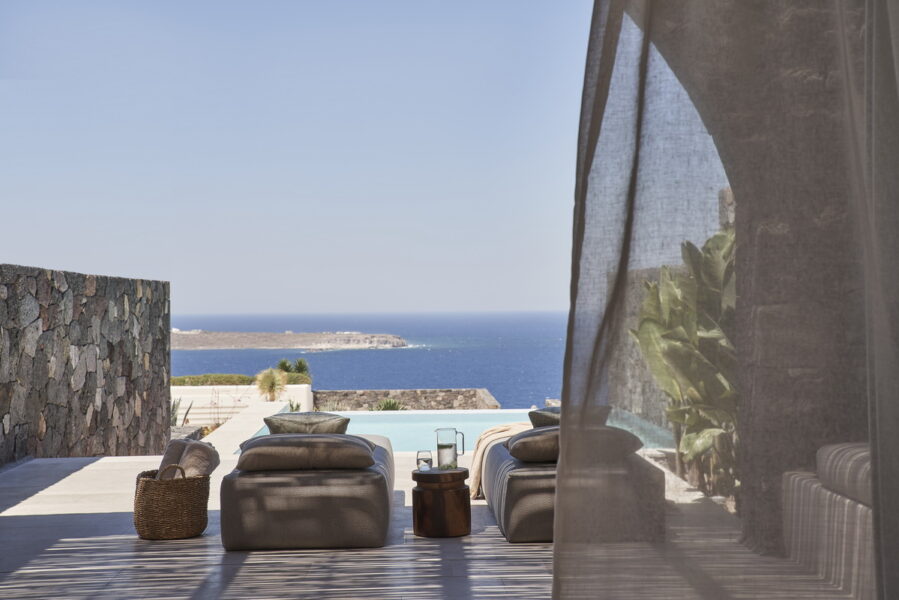 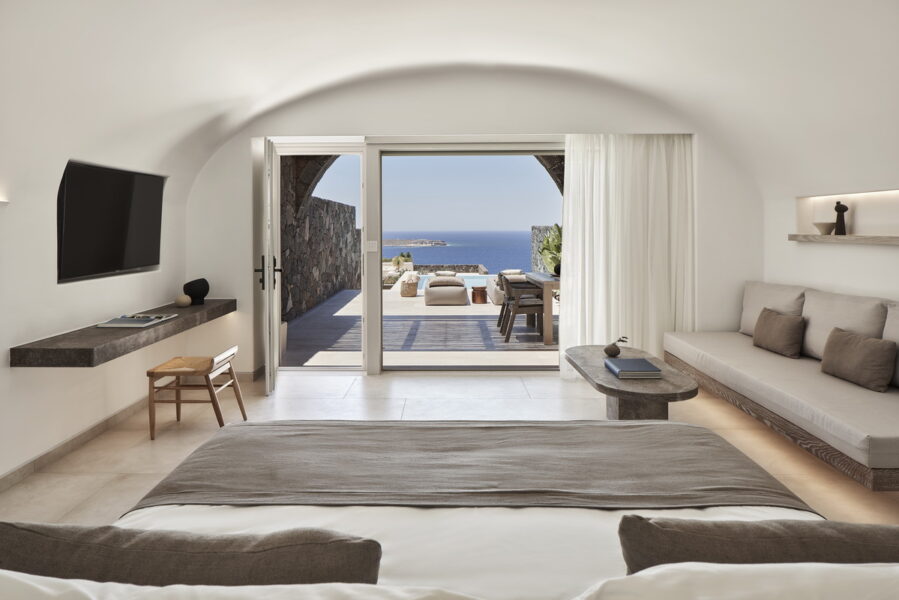 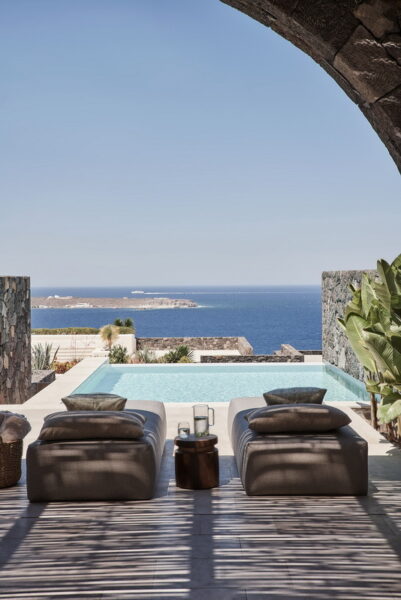 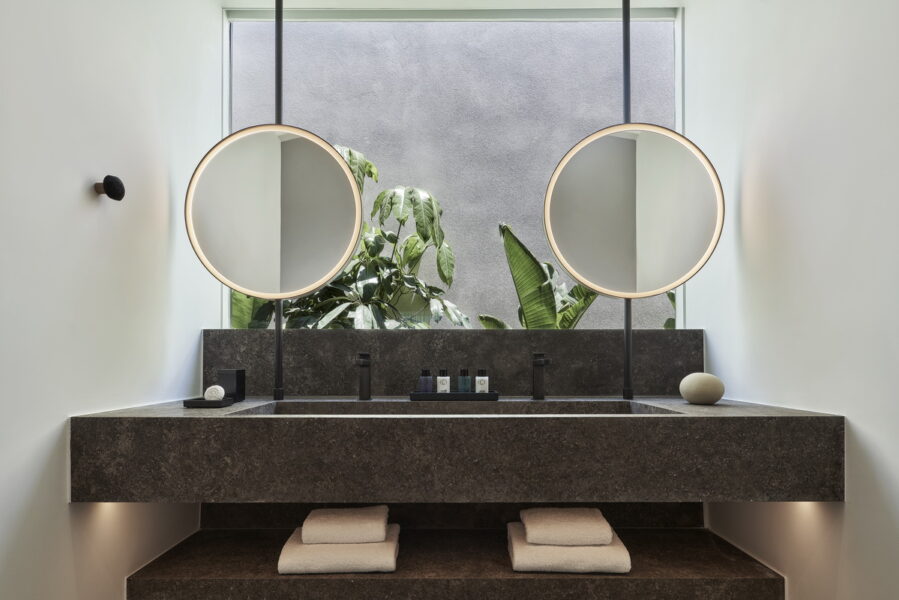 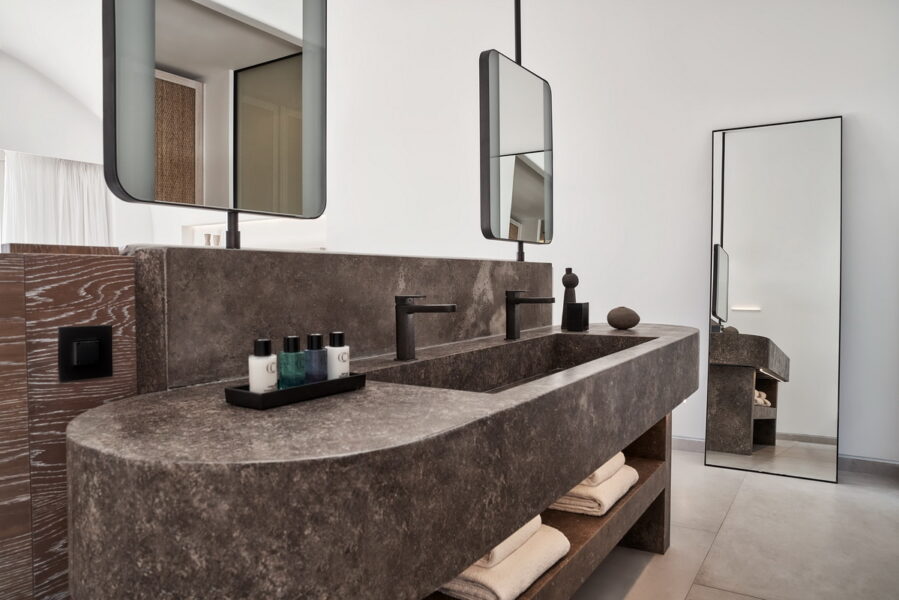 These suites are the newest addition by our office to the preexisting hotel Canaves Oia Epitome in Santorini, completed in 2018 by K-Studio. Part of a more extensive plan, destined to reach a 32 room inventory, complete with outdoor pool and dining facilities, these rooms  are placed higher than the existing buildings, following the uphill plot, with panoramic views of the famous Oia sunset. Our aim here was to retain and develop the identity of the hotel -the extensive use of local stone along with a shared palette in fabrics, wood and marble, achieve a unified character for the whole. A series of parallel stone walls aligns with the geometry of the first phase and ensures privacy for the new rooms. Arriving at Epitome and walking along its entrance, in the area that joins the two phases of the hotel, the Hideaway Pool Suites remain almost invisible -their stepped section uphill justifies their naming. In addition, the rooms of the new wing, adapted to the terrain, are mostly cave-like, our goal here to create an extensive garden through planted roofs. Thus the extension of Epitome hotel remains “invisible” both for the arriving guest as well as from above. This variety in the plantation of the rooms underlines the landscape design of the hotel -the rich selection of plants sets Epitome apart in the arid landscape of the island. Since experiencing architecture in Santorini is mainly achieved from elevated stand points, we wanted the resulting image to be one of an organized landscape rather than one of whitewashed vaults. This selection sidetracks the widespread, generic usage of vaulted roofs as the only authorised evocation of vernacular local architecture –instead we have embraced the voluptuousness of vaults in the interiors, more fitting to the local traditional cave architecture sprawling down the cliffs, one that created phenomenal, organic spaces by excavating the volcanic soil. We embraced the planted landscape (an extensive presence in Santorini, dominant in the eastern part of the island that has solidified in a stepped agricultural terrain mainly reserved for vineyards) not only on the roofs but also in the interiors: lush gardens form the backdrop of several rooms with large glass surfaces uniting them with baths. It is in this area that the double circular mirrors and the glass substantially upgrade the culmination of these rooms, otherwise a generic, darker background upon entry, now reflecting the greatest value of the plot: the unique sunset and the view to Thirasia island.