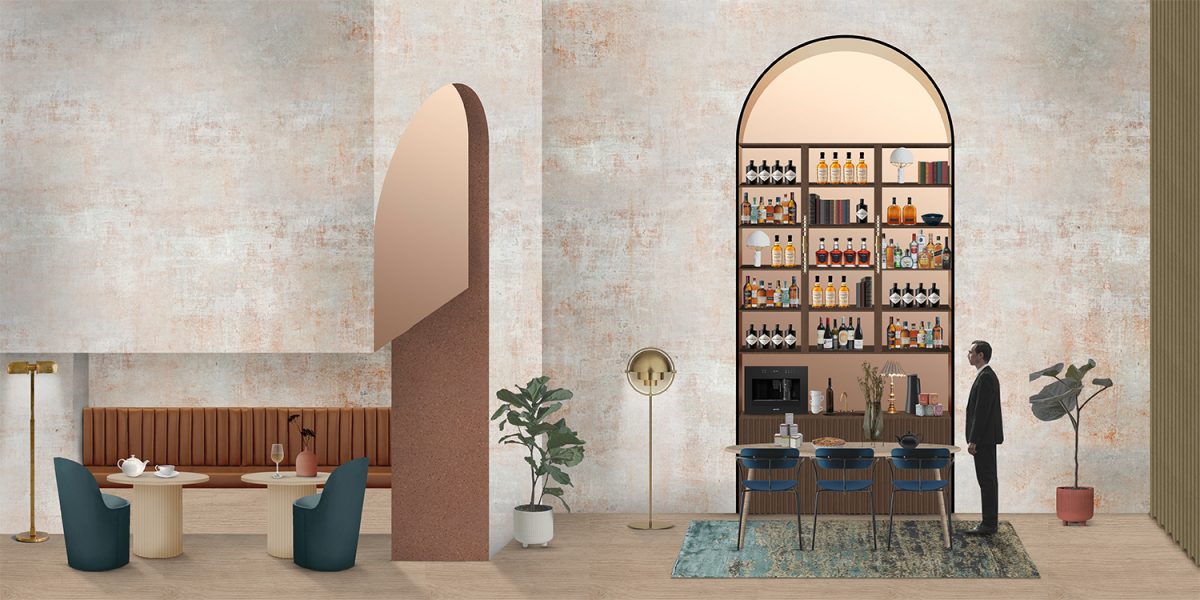 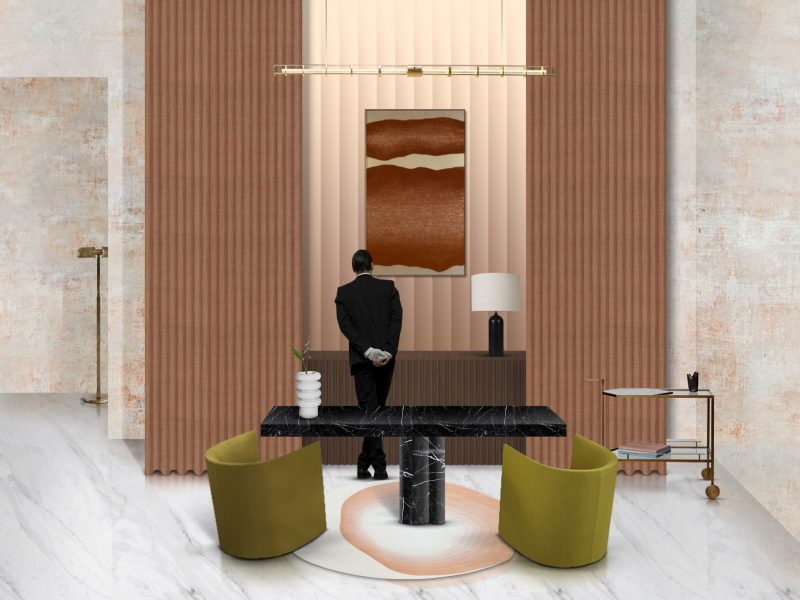 Ernst Ziller (1837-1923) was a German born architect who was established as a major designer of royal and municipal buildings in Athens, Patras, and other Greek cities. We were asked to transform one of his most impressive neoclassical buildings in central Athens, featuring unique painted ceilings, into a new eight room hotel. The main challenge within this renovation was the selection of an underlying principle from the historic type that would guide the interior design.  And then to juxtapose a new design with modern furniture, to create a new balance. We chose the axial movement between the rooms as a basic principle: In the prior plan, the rooms featured axial high double doors. This arrangement was kept faithfully in our renovation, as well as the basic parti -the new bathrooms should be designed as secondary to this enfilade. They are, in fact, cubes that remain lower than the painted ceiling –lined in mirrors, seemingly they disappear, reflecting the old interior walls and ceiling. In this way the border between new and old becomes crystal clear. The furniture (including some beds that form free standing objects) is designed as modern additions, without any pretention that they preexisted as salvaged, historical pieces. On the ground floor where two functional zones are created (reception and breakfast area), the arcade of the facade is kept as a basic principle. The layout of all the high-ceilinged interiors on the ground floor retains the arches as a basic motif defining both the new openings and the large recess that houses all supporting functions for the breakfast’s room.