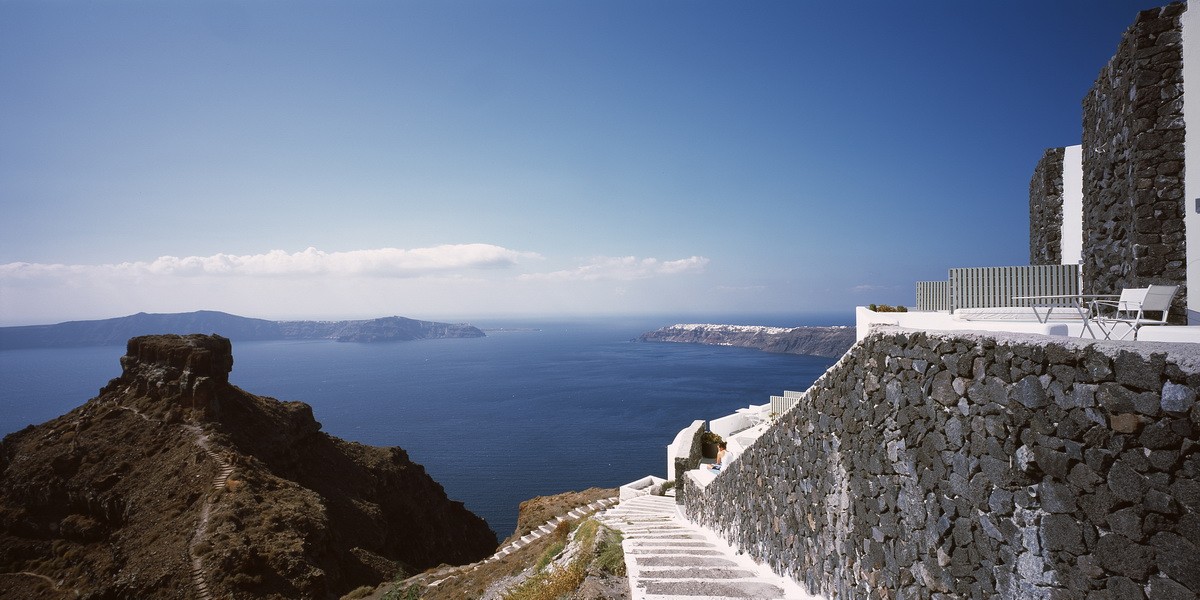 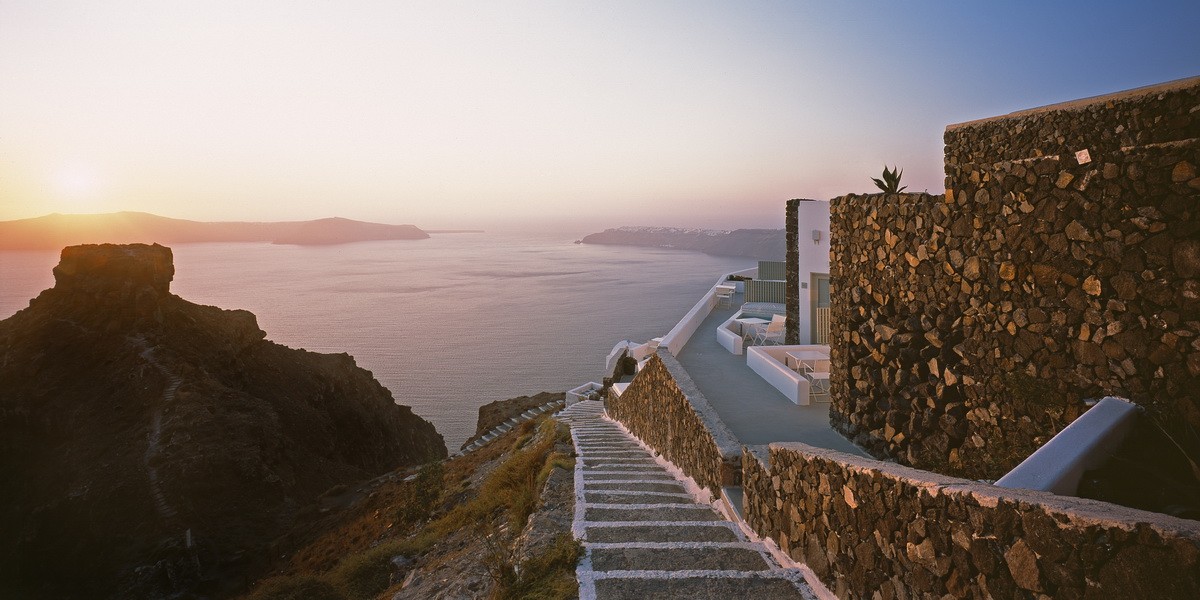 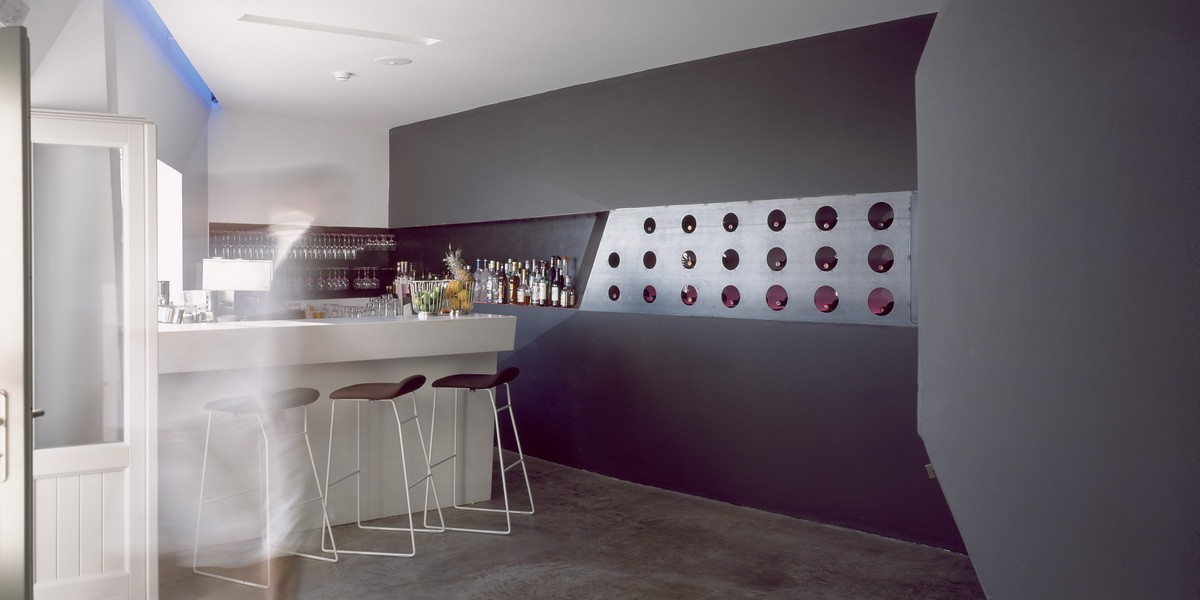 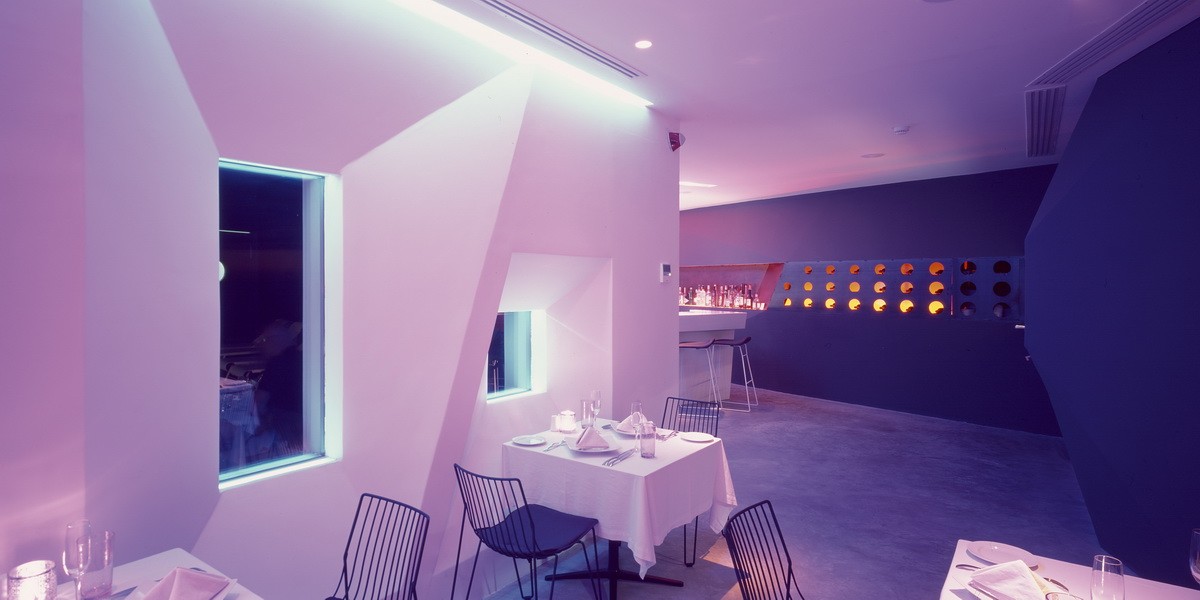 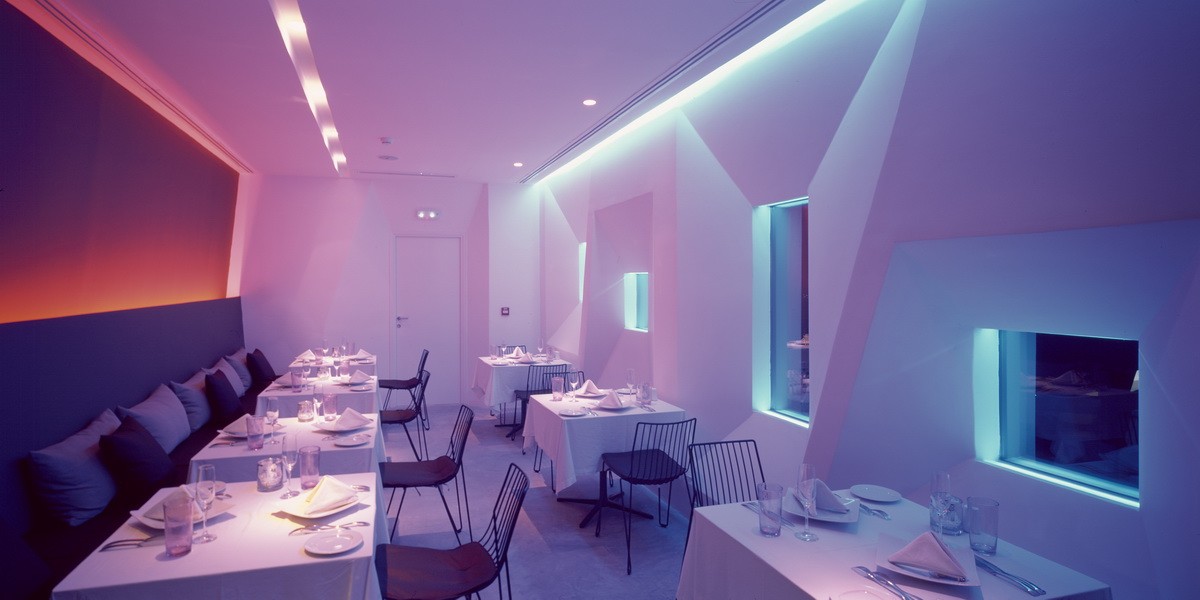 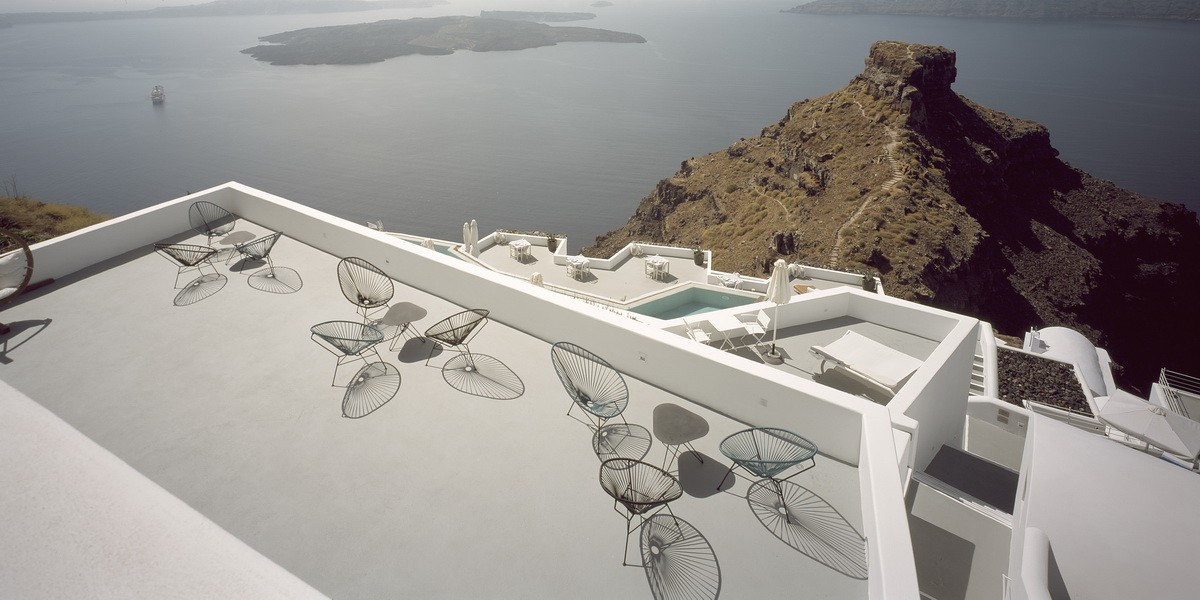 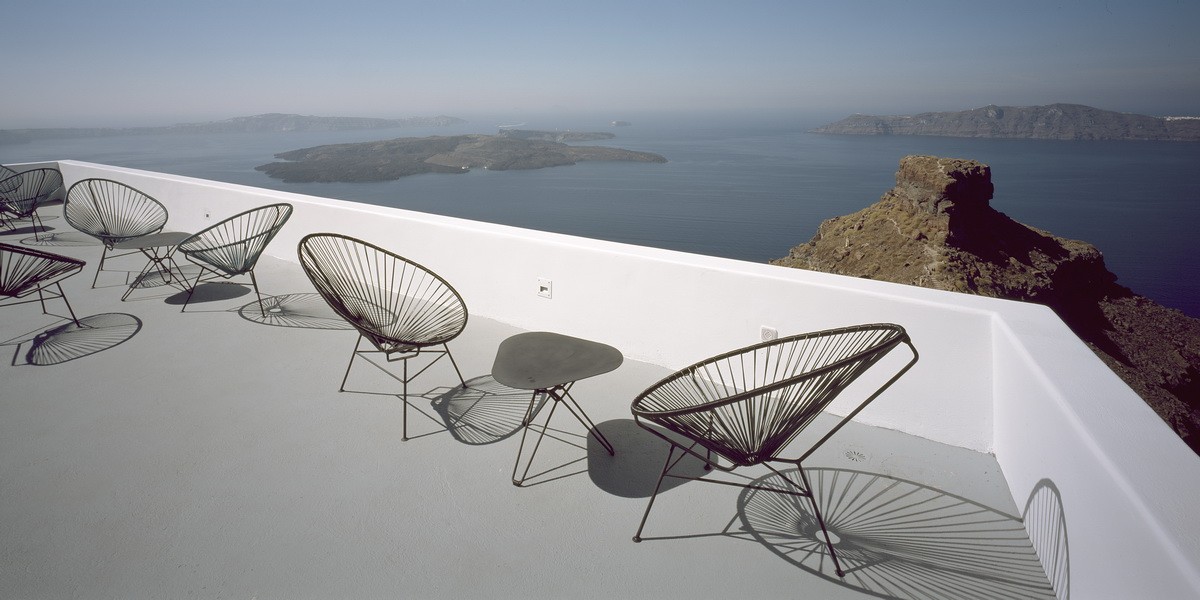 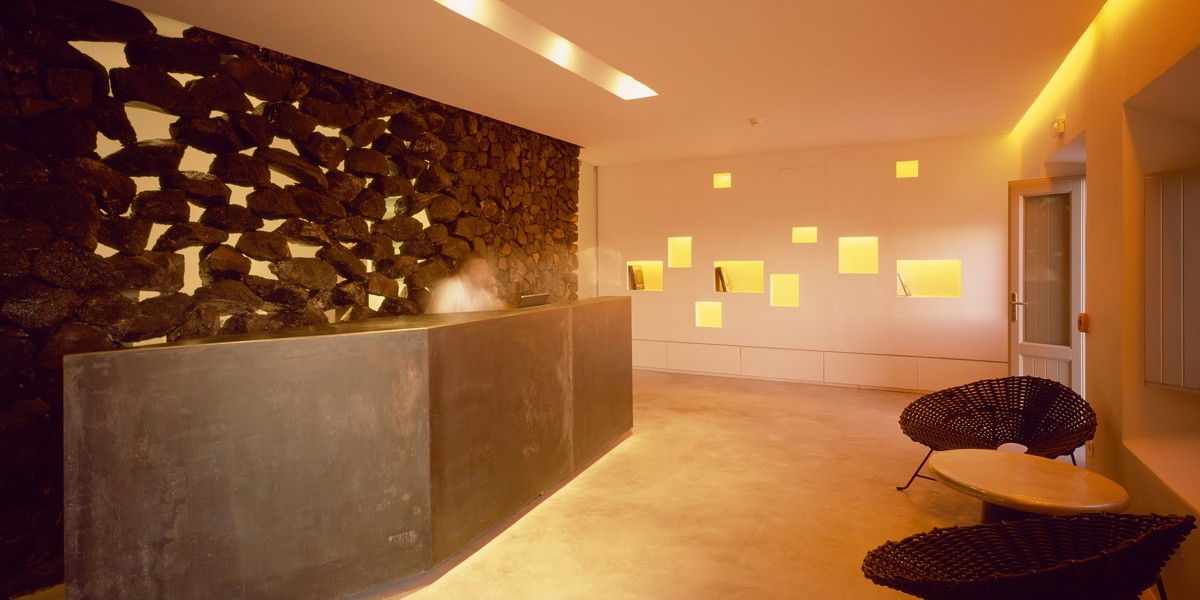 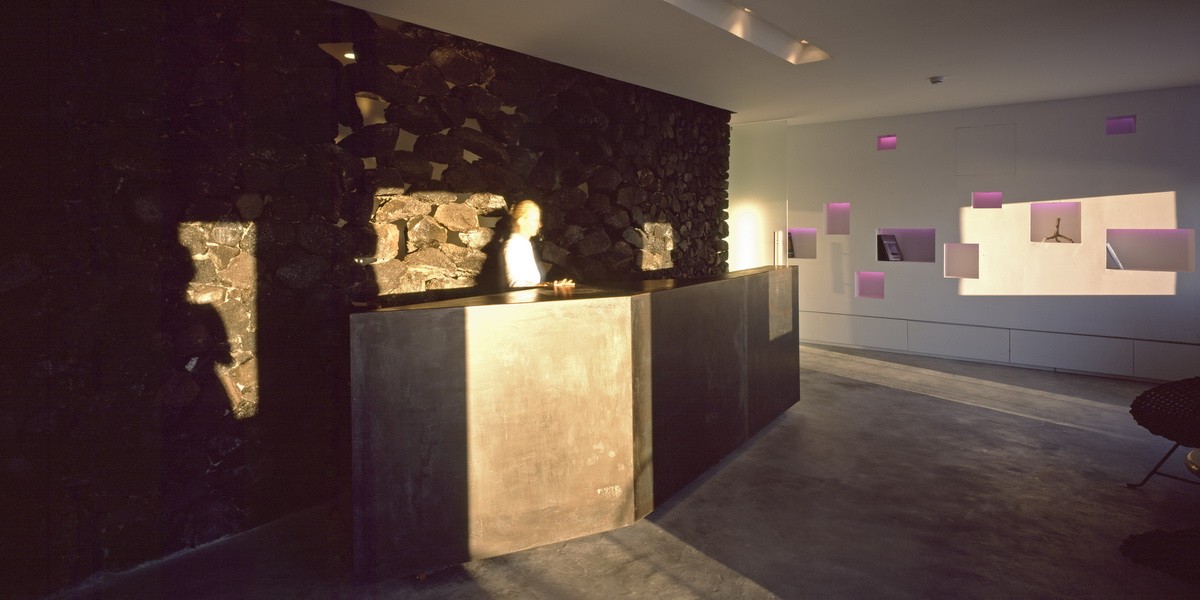 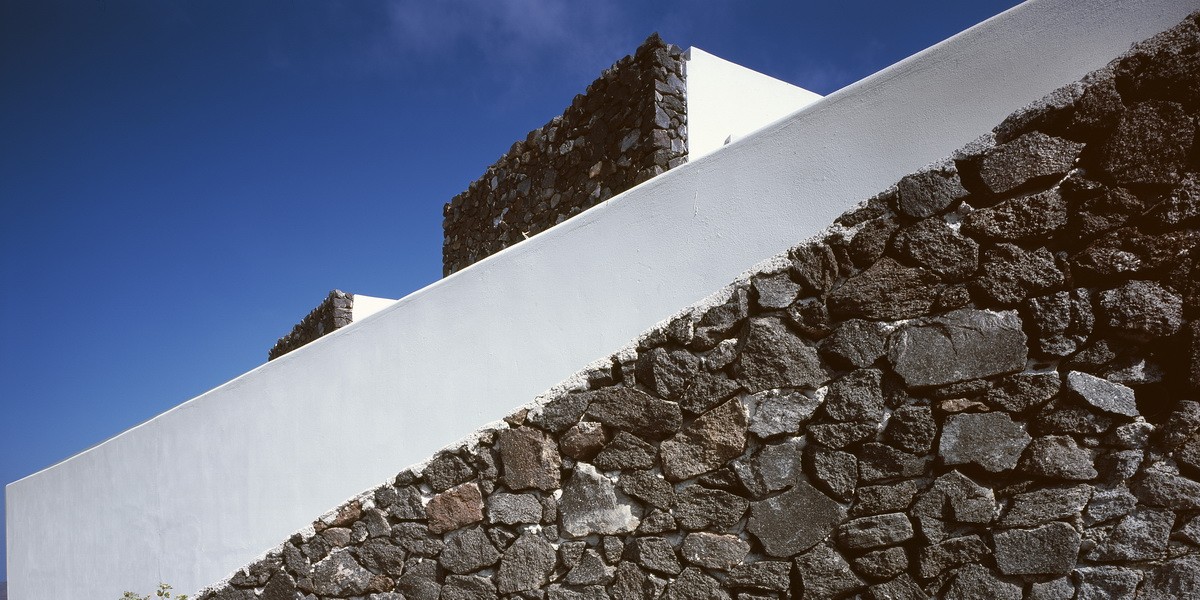 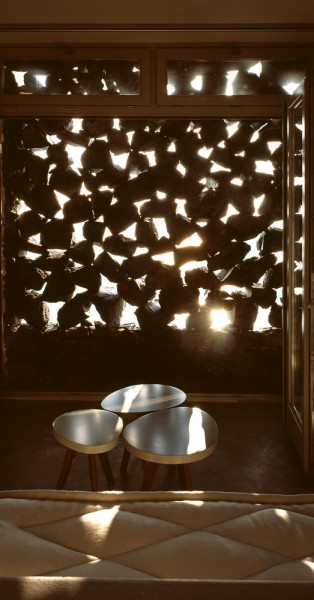 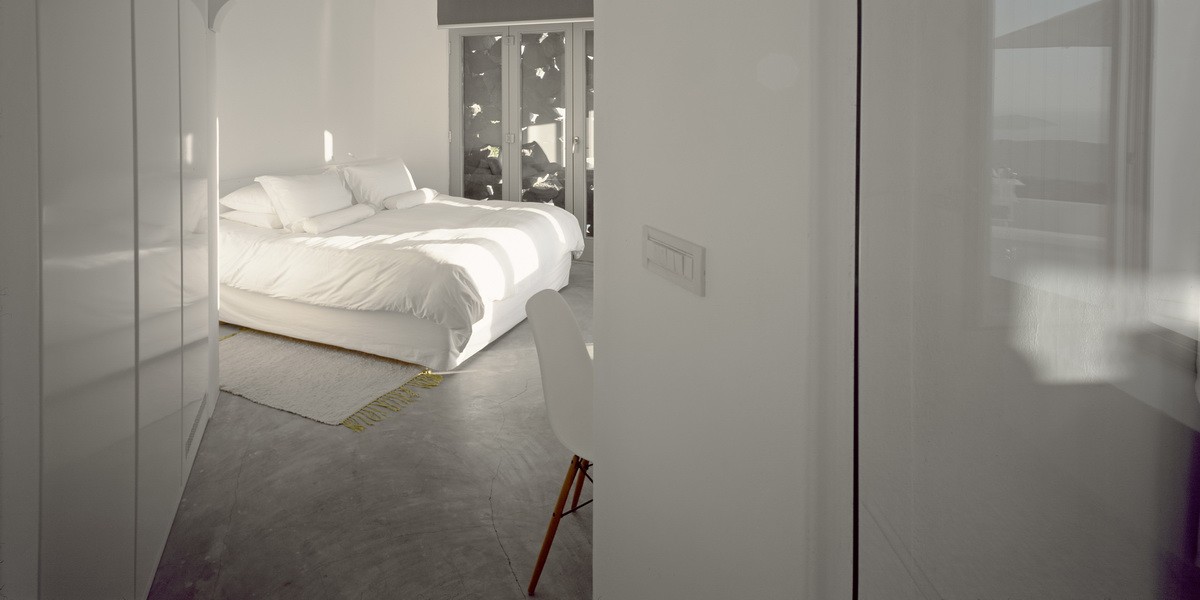 How could one revive vernacular architecture in such an exceptional setting as Imerovigli, with its view of Caldera, opposite the Skaros rock? At Santorini Grace Hotel we have attempted a modern interpretation of vernacular traits: We have refrained from using vaults, the typical roof infinitely replicated in the island, choosing horizontal outlines instead that bend in plan in order to follow the land contours. The restaurant, located at the level of the pool, features an exterior thick wall with concave openings and a black interior of polygonic, rock like geometries. Some of the hotel rooms are built with the region’s dark volcanic rock with enlarged gaps from which rays of light are allowed to pass. All interior furniture is built in, using the wall thickness in the traditional settlements of the island. Floors in the new hotel are of cement –together with the black stones in the walls they form a dialogue with the island’s unique geological strata.